Use the u-rune in healing?

Why is the u-rune considered good for healing?

I started using the u-rune in some of my healings as I kept reading about it being used for that. As I began to see positive results, I continued to use it in certain circumstances.

That is how I started to use the u-rune. I could be flippant and say I use it because I have seen it work. But the question is more why does it work.

The energy of this rune includes the vital energies of life, strength and power in physical life. This rune appears in fehu eight, the first eight runes. These eight generally deal with physical issues. One who is physically sick or injured needs strength and power to over come his physical healing problem.

The u-rune was symbolized by the aurochs, 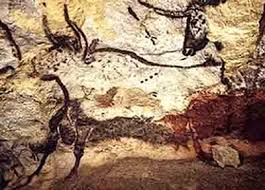 a now extinct wild giant bovine of Europe and the north lands. The shear largeness and strength of it was the very essence of vitality to the proto-Germanic people.

So as one focuses on this vitality, this power and this energy, the energy of vitality is called into the healing.

Remember Salomon said, as a man thinketh in his heart so is he. As one thinks about receiving healing energy, he receives healing energy. This is much like healing visualization.

But beyond that I have noted this rune to work in more or less secret healing when the healed person does not know that I am doing it. I do a signing and sending and positive results are often achieved.

I think that thinking about the visceral power of the aurochs becomes a way to focus the right energy to the right place.

I note also that a general sending of this vitality gives room for the universe/God to direct it to the right place for the best results.

That general sending is the hard part. We want to do something, something specifically. Well, getting out of the way is something.

I remember an old man collapsing. The EMS was called. A lady friend was trying to help him as the EMS showed up. She was continuing trying to do something.

I took her gently by the arm to the side. I said, “Don’t try to help now. Just get out of the way and let them do their job. They know what they are doing. And you may get in the way.” She nodded. And we waited.

I could tell that it was hard for her to just stand by. It was uncomfortable. However, it was best.

The same is true of the u-rune healing. Call in the u-rune energy, and when the vital energy arrives, get out of the way. It knows what needs to be done. Become the witness.

(See now the page please on rune magic because as you can imagine there is more details.)