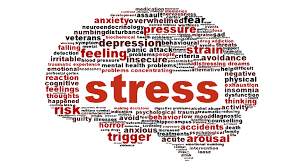 Blister wounds were used in another experimental template to study the effects of psychological factors (that is stress) on wound healing. They produced blisters wounds by using a vacuum pump on the participants forearms. A gentle suction creates a separation of the skin layers for about an hour.

One of the strengths of this method is that it allows  the wound healing is assessed via measurement of the rate of transepidermal water loss (TEWL).  A major function of the skin is to regulate movement of water in and out of the body.  Water permeability of the skin increases after creation of the blister wound, but while in healing it decreases as healing progresses.

An evaporimetry instrument aided by a computer can be used to measure vapor pressure in the air layers existing close to the skin surface. TEWL measurement is a noninvasive method to monitor changes in the function of the skin.  This provides an objective method for evaluating of wound healing.

Using a blister wounds model, it was found that discussing a marital disagreement, a commonplace stressor, delayed wound healing. Married couples came for two 24-hour hospital visit at the research unit. During both visits, the scientists created a eight 8 mm suction blisters on the participants’ nondominant forearm. Their wound healing was later monitored for 14 days using TEWL measurements.

During the first admission, couples participated in a structured social support session. During the second visit, couples were directed to discuss marital disagreements for a 30-minutes. 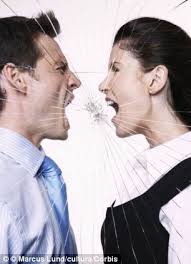 In each case, the couples stayed in the research facility until the next morning to allow for cytokine measurements and to limit external influences that might affect wound healing.

The couples’ blisters healed more slowly after the marital conflict thirty minutes than after the social support visit.  This suggested that the stress marital disagreement induced interfered with wound repair.

Beyond that, the intensity of the discussion also influenced the healing rate. Couples who presented more hostile and negative interactions across both the support and the conflict discussions were found to heal slower than couples with less negative interactions. The overall differences that were hostility related proved substantial. The blister wounds of the highly hostile couples healed at only 60% of the rate which was noted in low hostile couples.

In a different group subset from the same study, positive behaviors during the social support task were also related to wound repair. Individuals displaying more self-disclosure, more acceptance of their partner, more relationship-enhancing statements, and more humour healed the blister wounds faster than those who manifested less positive behaviors during the marital interaction task.

Difficulties in managing anger has also been noted as negatively impacting wound healing.  Blister wounds were made on 98 community-dwelling participants who were then monitored 14 days to evaluate their healing speed. Anger management styles were evaluated using the Spielberger Anger Expression Scale.

Participants who showed difficulty controlling their anger were found to be 4.2 times more likely to be slow healers than individuals who reported better anger control.