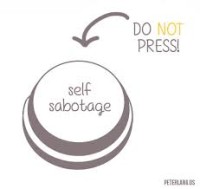 Can you sabotage your healing?

As a man thinks in heart, that is the way he is or becomes. Solomon penned this long ago in the Bible.

I had a doctor once tell me that most otherwise healthy people bitten once by a rattlesnake should heal. Yes, they will be sick for a time, but heal. The ones in this group who die, die because they think they are supposed to die.

I recently had a lady come to me. She wanted a readings to tell if she would ever get pregnant.

I quickly told her that I am not a fortuneteller. (See now the page please on readings and blessings for more info. Thank you.)

Then she started telling me about how she could not get pregnant. I asked if she had seen a doctor. She said yes, and that there was no physical problem for her or her husband.

I laid out some cards to see if through the archetypal symbols we could remove the mental blockages and see what the real problem was.

As we went through the cards, she told me that she had been pregnant once and lost the baby. Now several times she kept saying, “I can not get pregnant.” She was telling on the surface me, but more importantly she was telling this to herself.

wrote, “… if you are constantly naming your your aches and symptoms and discussing them, you give them power over you.” This is another was of saying what Solomon said long ago.

The wisest man that ever lived they say was Solomon. In my head I paraphrased to this situation. As she thinks she can not get pregnant, she will continue to be barren.

If you receive a healing session, while believing the healing could not work, the healing is jinxed by your thinking. 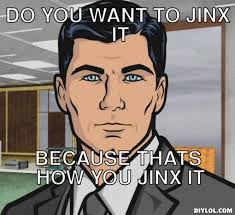 Sometimes a respected authority figure can set your thinking aright by what he says, like Eli did. Other times one may need a ritual to correct the thinking. The ritual might be a simple as prayer or more complex like I can do for you in Rune Magic. (See now please the page on rune magic because there is more info.)

I know that you know that the principles discussed here go beyond problems in getting pregnant. It is about all healings.