How can a Christian say the runes are compatible with Christianity?

The first misunderstanding is not one of compatibility. There must first be an acceptance that rune energy does exist.

There are many energies in the universe that God created, gravity, electricity, magnetic, solar, etc. Some are seen; some are not. They are just created energies, energies that we can use for good or ill.

Do Not Do This At Home

Example you can harness electricity and do many good things. You can also with evil intent throw the electric toaster into someone’s bath and murder him. The electricity is not bad. It just is.

This is true with the metaphysical energies referenced by the runes. These energies are not Christian or antichristian; they just are.

One would not think that the energy electricity is antichristian. Nonetheless, one might think that someone was acting unchristian when they threw the toaster into the bathtub.

One should not think the metaphysical energy of runes is unchristian. Nonetheless it might well be said that to use that energy for some black purpose would be unchristian. Judiciously used, rune magic is on this level no different than other energies used like electricity.

That being said, among the ancients there were two different words that need consideration here.

The first is the vitki. He just uses the runic energies to some end. He might be called now days the magician or the shaman. He is just one that works with the energies. Think of him as an electrician, electronic technician, electrical engineer, something along those lines. Outside of some evil intent he is just working with energies that God created in this world.

The second is the godhi. This was the priest of the pagan religion. (He would sometimes act as a vitki too.)

If the vitki is just using the folklore and runes to direct him to the energies that he will use in a working, he has not become in that unchristian. If he uses the rune energies for evil or in the pursuit of pagan religious activities, he may well be unchristian.

It maybe that in times past the churches condemned the vitki because they saw them as a threat to church power over ignorant masses. I am reminded here of the church in old England trying for several century to stamp out the practice of “will worthing”. Why would the poor come to the church priest and pay him to get something done? He could just go out himself and do a “will worthing” and manifest his desire. 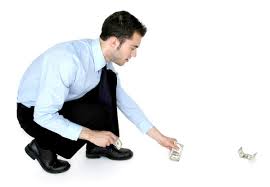 Of itself rune magic and Christianity can blend well. The ancient Druids in the end blended seamlessly into the then church. The church adapted many runic energy philosophies into theirs.

See now the page on rune magic for more info.