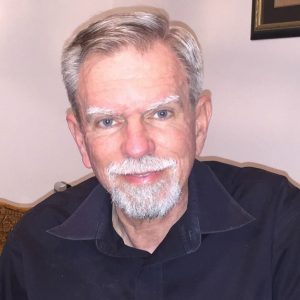 This world is on the cusp of new spiritual awakening.  There is a new paradigm coming.  It is less secular or religious than it is spiritual.

My mission is to shepherd as many people into the new metaphysical awakening.

In this coming awareness you will find the answer to all your life challenges, whether they be healing, evolving/growing, or transitioning.  The ultimate answer.  When you perfectly connect with the ultimate source, you will enter a world that some call magical.

Come and let us walk into that world together.

Dr. Bill in San Antonio, TX,  holds six degrees in religious studies including a Ph.D. and a Th.D. He holds several other certificates and certifications. He has been what some call a professional student.

Raised mostly in rural south and south-central Texas, he is equally at ease on the ranch, in the woods, in meditation, or metaphysical pursuits.

He was the author of two books now out of print and several that he has not pushed for publication. He has written numerous articles in pier review journals during his time in traditional ministry.

He was invited to be on the translation committee for a modern Bible translation but declined, for philosophic differences over translation presuppositions.

His studies in comparative religions led him into an in depth study of metaphysics.

He has a knack for noticing overlapping principles in different systems. It occurred to him that when things keep showing up in many religions that these maybe the secret truth past down from our ancient past that are applicable to us today.

As in folk lore Odin hung from the tree upside down and after nine days, came to know the secret runes. Today Dr. Bill strives to look at repeating truths in a different way. He is willing as needed to take the time to see the secrets that are ready to be opened from different directional considerations.

Dr. Bill was a traditional minister for 25 years, filling pulpits two times a week and teaching many classes.

Now he has centered his work on the metaphysical of spirituality.

Dr. Bill looks at the metaphysical and spiritual from a new eclectic perspective. This rare insight has been a boon to him and as he works to help you can be a boon to you