In the Pentecostal mind set, which is not my mind set, healing is viewed as fundamentally Christian. However, all the things that they do can be and are duplicated in divergent sects; some Christian, some not; some religious, some not. 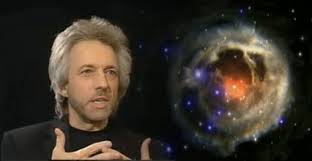 has published a video from the medicine-less hospital in China. You can actually see on ultra sound a tumor in the bladder shrink and disappear in less than 5 minutes. You can see this on you tube.

This was a non Christian, even a non religious, event. This can be duplicated in many healing modalities, Christian and non Christian.

The non Christian may view it as one dimension of the universe affecting another.

Whatever name may be put on it, the naming of it is a superficial distraction. It is best viewed as the way things are. Just tap into it, and witness what is.

This type healing may only be viewed as unusual because most Christians and non Christians have been conditioned not to expect things outside the five senses.  And for some any thing that they do not understand they demonize.

If we were people who expected it and tried it, these healings might be viewed as usual, with the occasional need to consult a physician.

Remember Jesus said the one who continues to be sick is in need of a physician. Did Jesus maybe expect the usual to be these healings and only the cases that continued should to be addressed by doctors? Maybe the unchristian thing would be the rejection of the possibility of what we now call alternative healings.

Think about it. This perspective may take a little time to sink in.

See now please the page on augmented reconnective style healings because there is more info. Also check out now the page on hypnosis and autogenics.