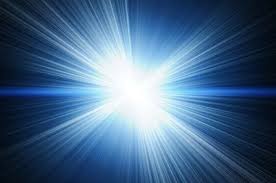 There is no single answer to this?  Sometimes they are not seen and unmanifested in a form.  Sometimes they may look like fire in the burning bush Exodus 3:2.  Angel may appear fearsome invoking great fear Luke 1:11-13.  They may appear like men; in the case of Balaam the angel was holding a sword like a man.

These are a few examples of descriptions of angel found in the Bible.  The description of angels are as wide or wider in the non biblical literature, e.g., the fetches, fylgja, familiars, fairies, earth elementals, omen, demi gods, etc.   It seems that angels have no set appearance.

However, they will manifest in whatever visual appearance is necessary to fit the situation.  In each particular situation they use their appearance as part of doing their ministering service purpose.  [There can also be their none appear with their action.  If they are effective without appearing they do not manifest in a form.]

The angel in the movie “It’s a Wonderful Life” had to do some deed to get his wings.  And a bell would ring when an angel gets his wings.  That was a cute story.  In the real universe if the angel needed wings to aid his message he would have had wings.

Their appearances are culturally augmented.  It is kind of like they are using cultural archetypes to relate to the audience of the message.  For example the angel was seen in the fire surrounding the burning bush. But that fire did not consume the bush. 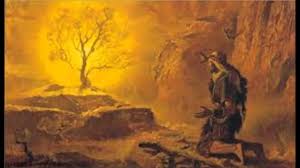 Moses could see that the message was playing with fire.  But the fire was not destructive to the bush.  The fire he would bring back to Egypt would not consume him, that is he would be protected.  The appearance of this angel supplemented the message.

In the Runic tradition the angel might appear in their archetypal system.  For example, if they were meditating about a situation and they were sorting out the answer, then a solution came into their head.  How would they know that this was the correct solution?

When searching for messages [solutions]  a person of the runes would often go into the grove.  Upon the solutionary thought coming into his head, a squirrel poked its little head from around a tree. 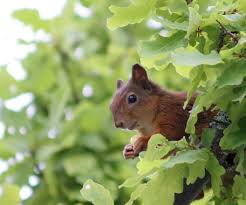 And then he disappeared from sight.  That might be viewed as an angelic message [an earthly angel] to listen to that thought.  [In Proverbs of the Bible we are admonished to consider the ants.]  The squirrel took messages between the worlds on the world tree in their folklore.  It could be a situational appearance of an angel.

Solomon in Proverbs 30 said you can consider the ants and learn messages from them.  When something stands out to you, you can consider that as a form manifestation of a guardian angel.  That message was sent in a form that you are able to receive it.  It may be the a appearance of a guardian angel.  You just might be encountering an angel unaware Hebrews 13:2.  Do not expect to see a winged spirit off an artist’s canvas to appear to you.   It will appear as apropos to your situation.

In the Indian tradition the person might be meditating on a problem or situation.  In the vision of meditation a cobra came to him and bared his fangs. 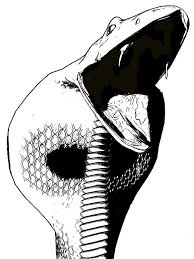 That could be a cultural manifestation of an angel bringing the message that the gods are on his side.  He had received the message of protection in the appearance of the angel.

If something unusual should happen to you, check the memory banks of your symbology, cultural and personal, and listen to the appearance as an angel bringing you a message wrapped up in his chosen form of appearing.  God is always speaking, but we are seldom listening.

I had a man ask me about a recurring dream he had been having.  There was a model T Ford car driving up in front of him. 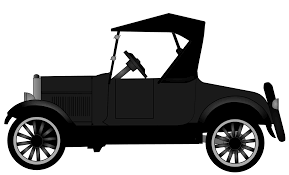 He could not see who was in the car and then it moved on.

I said,  “There you go.   What is your dad trying to tell you when he  comes and moves on?”

We could get into a lot of things about how the subconscious works in psychology with archetypal symbols.  But we can functionally think of this as a guardian angel experience.

His dad had come into his head as a type of chthonic angel.  [Remember Samuel coming to Saul, in a more explicit manifestation.]  This can happen subtly [in archetypal manner] or explicitly.  The man knew that he was protected to change and moved on at that time.